Skip to content
IPTL World is reader-supported. When you buy through links on our site, we may earn an affiliate commission. Read more here.

A backhand slice is impossible to learn for a player who uses a forehand swing.

If not appropriately guided with the things you need to learn to achieve a solid slice backhand style, this statement can be true.

So we came up with information, suggestions, and tips that are guaranteed to help you learn how to hit a slice backhand.

1. Get in the Ready Position

Learn the ready position, where you bend your knee and place your weight on your feet in a closed stance. Position your feet spaced just under your shoulders with your toes ahead.

The right technique is to put the front foot pointed upfront for weight transfer while focusing on the opponent.

Avoid moving your head sideways since this may affect your vision with the ball, which is where most players struggle.

With the racquet face in front of you, hold it at hip height but not too far forward to

Tennis players tend to turn their entire body when they are about to hit the slice. Unless you need to step back to get the ball, bring your left leg forward and prepare your upper body to pivot.

Shoulder turn done correctly, with your non-dominant arm thrusted at the back will provide the power and control over the ball when hit.

If you are using a single backhand(1) slice, you will have extended reach, making your shoulder blades expand. 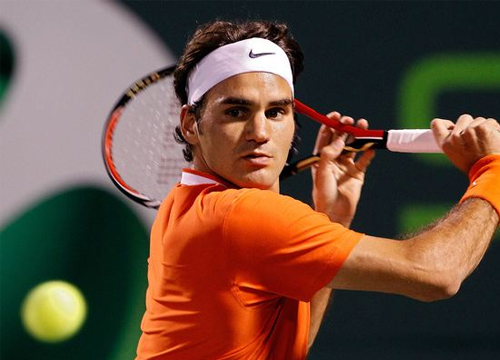 The proper turn is essential to avoid a low bouncing ball or it may cause too much spin and you avoid tilting your head as you turn, even slightly.

3. Step Into the Slice

Once ready with your shoulder power and your legs are already aimed at moving forward, the steps it will take are crucial to perfecting the correct technique to produce a slice.

Small, steady steps or walking across the court can give the tennis player the timing required to the proper stance before doing the backhand slice.

The only way you can perfect the great slice backhand technique, whether using the right or left hand, is to calculate your move. Your pace should be constant as you cannot rush to take the slice.

Once taking a step, all positions should be the same. The only change will be your step forward to your left using your right foot, placing your right heel in front of your left toes putting your back foot lined up with the ball.

You can do the backhand slice technique while feet are aligned since you will be putting your weight forward if you slice-shot while taking a step.

4. Swing the Racquet Down

Considering that you are in the right position for the backhand slice, learning the first movement before you swing the racquet is essential.

The proper slice backhands will require players to swing forward, more preferably in a continental grip, but down. Keep in mind to straighten the arm you are using to hit the ball.

Backhand slices are a great offensive shot to break the opponent’s rhythm. Normal swings will be easier to calculate compared to a backhand slice.

The slice will keep the ball low and force your opponent to stay low, even below the knee, if you hit the perfect shots. 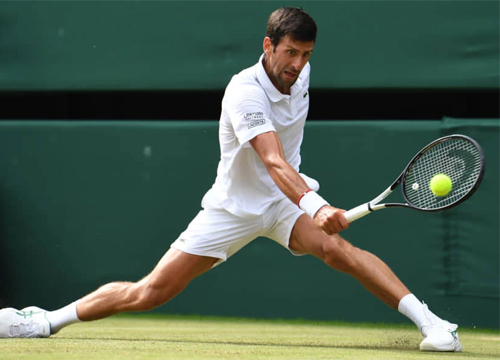 Executing the backspin slice benefits the player as they use the approach shot on the tennis court most of the time. The expected results would show the ball skidding off the court in the opposite direction once a player swing high and slice the ball.

Following through with a slice backhand does not require the same body movements like that of the topspin backhand.

You need to remain sideways but make sure your eyes are focused on the opposite directions of the ball.

An advantage of this smooth stroke is that it can be a two-handed backhand or just one.

Once you hit that great backhand slice, even your non-dominant hand is going to help with the technique.

It provides additional balance and power to the ball, which gives it a higher possibility of low balls.

So naturally, low bouncing balls do not provide your opponents the chance to react quickly, making this a tremendous defensive shot.

Additional Tips From Our Experts

What grip is used for a slice backhand?

You use the kick serve in the ad court when you are playing with a right-hander. When you’re at the ad side, it gives you a significant advantage against right-handers because of its high arc and force.

It’s different from other tennis serves because you don’t hit the ball at the peak.

Keep in mind that the racket swing path of a right-handed player and left-handed one is different. Therefore, the ball needs to be at shoulder height at the same side of your dominant arm.

Is a one-handed backhand better?

The one-handed shot would be better than the two-handed, mainly because of the technique.

Even the non-dominant hand will be adding force once you are hitting the ball. Pay attention to the pace you are going.

Players using two-handed shots are rotating their bodies since they are getting the power of their swings from their rotating bodies.

If they use the method with a slice, the ball’s tendency is to float too much.

Is It Difficult to Hit a Slice Backhand?

Just like anything, if you do not put your heart to it, nothing will come out of it. All the good outcomes will come from determination and practice.

This technique is not easy—the reason why you have to start with getting comfortable with the ball with your hitting arm.

Start with a short distance and eventually move back until you get to the baseline. If your forward swing causes your ball to spin too much, adjust more on hitting it with the strings more.

Check on where your racquet is facing as well if other issues are rising. It will add control with the racquet path, whether a right-hander or not.